As the first student union in Sweden, the Linnaeus Union completed a training in 2019 with the aim of becoming LGBTQ certified. Since then, we have received a very positive response from both students and others. But! The work is not over. In 2020, the Linnaeus Union established a new set of values. We felt that the old one was outdated and it did not reflect our business. We wanted the LGBTQ diploma to form the basis for a new, more inclusive value base. It takes into account our development and clarifies our approach to students and members.

Just before the Christmas holidays, we were contacted by a student, Felix, who criticized a wording in the application for the Buddy program.

Felix- When I was about to register as a buddy last semester (autumn 2020), I reacted to the design of the questions that concerned the LGBTQ + perspective. I contacted the person in charge at the Linnaeus Union and asked what the purpose of these questions was and that the form must be more inclusive.

Karin Siöö is Student Coordinator at the Linnaeus Union and responsible for the design of the application forms for the Buddy program.

Felix was not really happy with the first contact he had with us / the Linnaeus Union.

Felix- I thought you were hiding behind the fact that you are LGBTQ certified. The diploma does not mean that everything you do is positive for LGBTQ + students.

Karin - When Felix got in touch, I felt that the changes that had previously been implemented were not so good. My attitude was to listen to Felix and use his experience. It was just to realize that we had done something wrong. In our quest to be inclusive for one group within LGBTQ +, we did wrong for another.

After a couple of meetings, Felix's impression of the Linnaeus Union is more positive.

Felix - It has been valuable to be involved in the process and contribute to strengthening the rights of LGBTQ + people within the Buddy program. The Linnaeus Union has listened to me and my network and taken on board the criticism in a good way.

In addition to the changes in the buddy registration, Felix has proposed additional measures that the Linnaeus Union should implement to be more welcoming towards LGBTQ + people.

Felix - It would be reasonable to highlight the LGBTQ perspective on the international students' introduction, as well as to include it as part of the buddy introductions (for new buddies). It would also be good if there is an association that works with LGBTQ + issues that can be used as a kind of consultation body in your work to become more aware of LGBTQ + in practice.

Stina - We welcome the fact that students such as Felix get involved and make us more aware, which is needed so that we as an organization can continue to develop in matters concerning LGBTQ +.

NOTE! Felix is actually called something else as he wishes to remain anonymous

Join the party bus to Stallet in Växjö

Membership discount on the greatest party of the winter

Micha is our new student ombudsman in Kalmar

Welcome to the board, Sebastian!

The introduction in Växjö cancelled after outbreak

New in Växjö? Get our welcome package worth SEK 1000!

Become a member for 1 SEK with Hedvig insurance 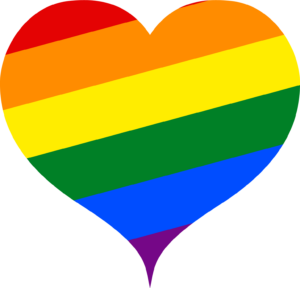 The Linnaeus Union represents all students at Linnaeus University. As a student union, our goal is to make university life as enjoyable as possible and to be the students' voice in university management and society at large.

This website uses cookies to improve your experience while you navigate through the website. Out of these cookies, the cookies that are categorized as necessary are stored on your browser as they are essential for the working of basic functionalities of the website. We also use third-party cookies that help us analyze and understand how you use this website. These cookies will be stored in your browser only with your consent. You also have the option to opt-out of these cookies. But opting out of some of these cookies may have an effect on your browsing experience.
Necessary Alltid aktiverad
Necessary cookies are absolutely essential for the website to function properly. This category only includes cookies that ensures basic functionalities and security features of the website. These cookies do not store any personal information.
Non-necessary
Any cookies that may not be particularly necessary for the website to function and is used specifically to collect user personal data via analytics, ads, other embedded contents are termed as non-necessary cookies. It is mandatory to procure user consent prior to running these cookies on your website.
SPARA OCH ACCEPTERA
Menu
Join now